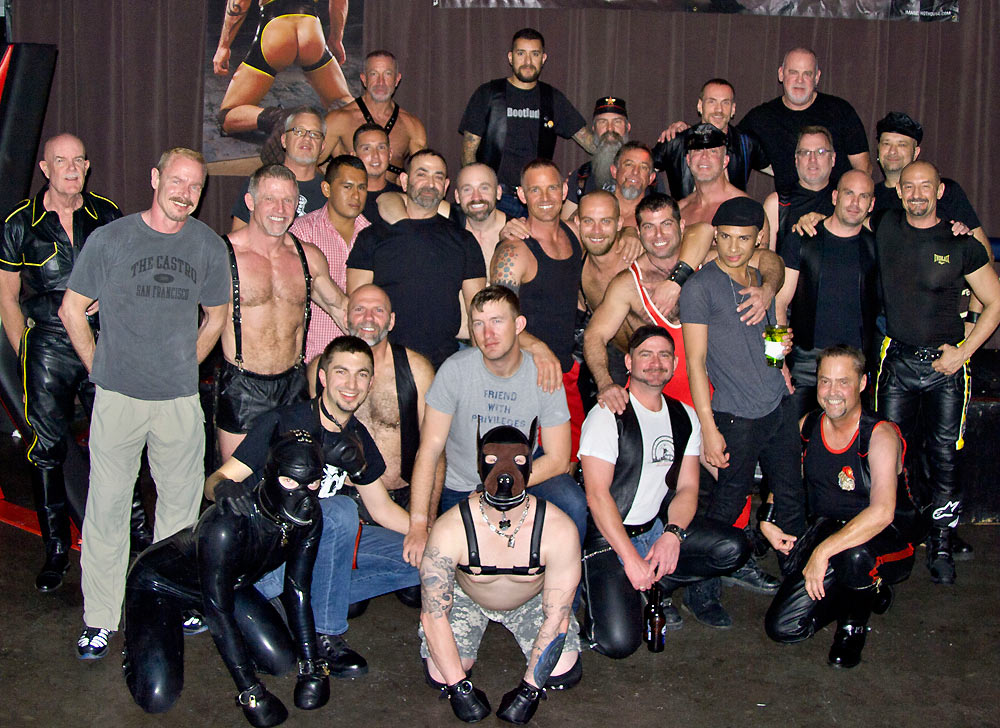 Two years ago, a group of geared-up guys got together and decided to create a new kind of fetish organization. Join the celebration of twenty four months of brotherhood, gear, education, play and pride at the DFA Second Anniversary Party!

It’s gonna be big, so we wanted to give you plenty of notice. Mark your calendar now for Saturday, February 8 from 9 pm-Midnight. We’ll be at The Barracks in Cathedral City. Expect an event just like our launch party, with kinky exhibitions, great music and tons of friendly, geared-up guys.

Watch this space for more info. It’s time to celebrate!

Gear up, get your kink on and join us for DFA’s Second Anniversary Party on Saturday, February 8 from 9 pm to Midnight at The Barracks!

Expect a big night of socializing, flirting, cruising, and connection. We’ve got several sexy exhibitions of kinky skill planned for the main bar.

And we’ll have the newly renovated Webster Room (aka the Red Light District) open for your own kinky play too. Just remember that we’re at a bar, so keep your dick in your pants—or in your jock!

It’ll be an awesome chance to hang out, show off (if you want!) and connect with others with similar interests. You might even learn a thing or two.

Gear up. Bring your ropes and restraints. Bring your paddles, whips, and floggers. And bring your friends! Our demo leaders will answer questions in the Webster Room, but there’s plenty of room for you too!

Mark it on your calendar now and get ready to celebrate. We can’t wait to see you!

P.S. Don’t have a lot of gear? Don’t feel like you’re a kink expert? None of that matters! We don’t have a dress code we don’t care if you’re a Grand Master! What we care about is you. There’s no requirement for DFA events except interest and friendliness. If you’re checking this out, chances are you’ve got plenty of both. So see you next week!

All uncredited images courtesy of HotHouse.com.